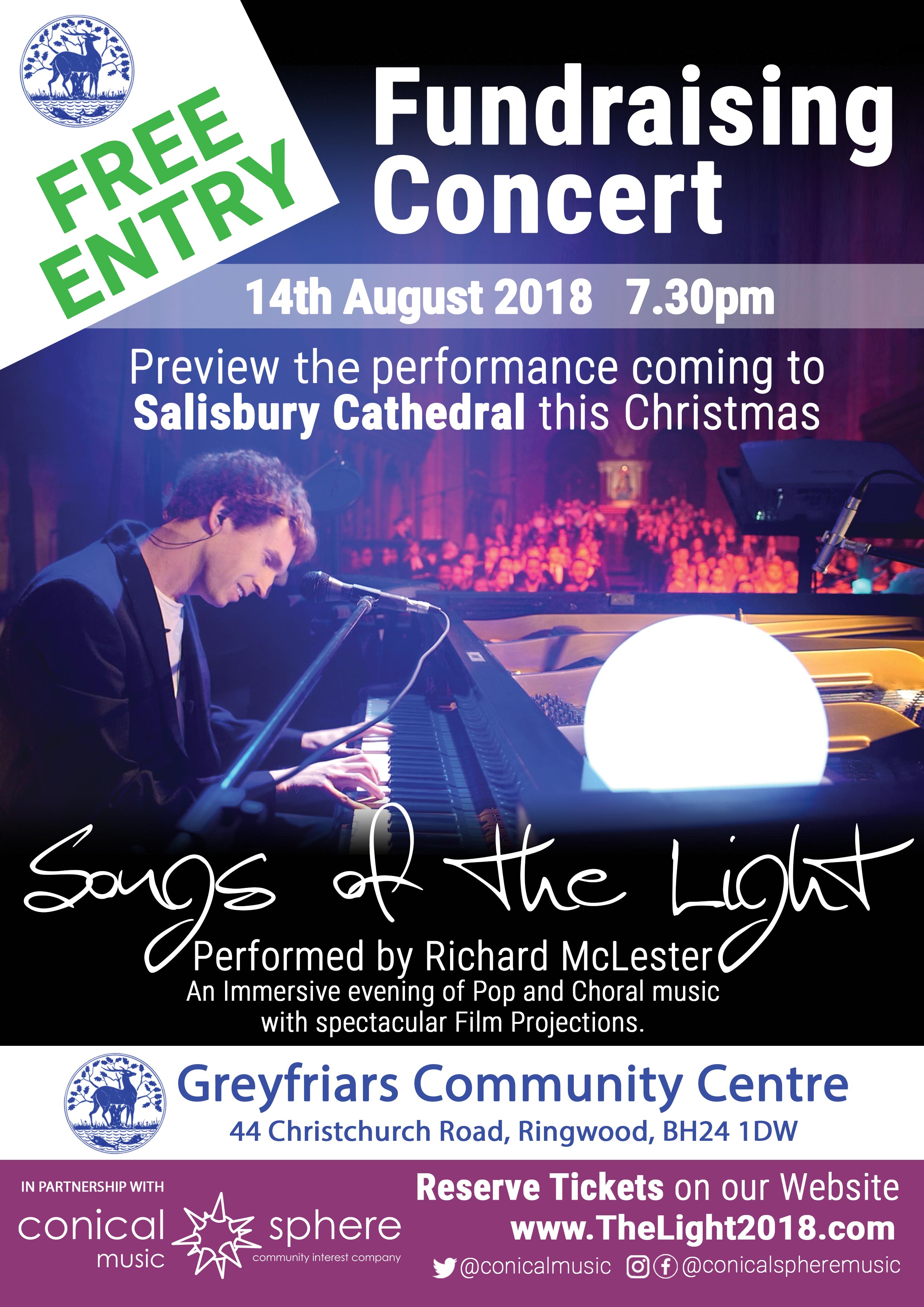 CREATED BY THE COMMUNITY
Everything that you will see; the music, the film, the giant screens, the technology that links the film and the music, has all been created by local volunteers who have given their time to create something
special.

THE MUSIC
Songs Of The Light has been especially written for the project by composer Richard McLester. In Salisbury, he’ll be joined by a choir of over 150 singers to perform the songs.

Songs Of The Light At Greyfriars →